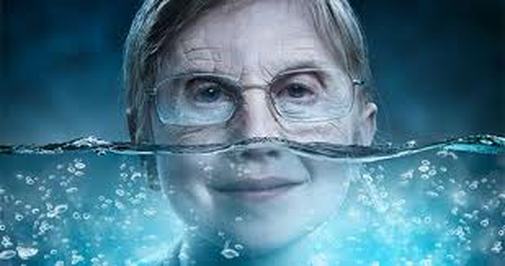 Old age consists of ages nearing or surpassing the life expectancy of human beings, and thus the end of the human Life cycle.
Old people often have limited regenerative abilities and are more prone to disease, syndromes, and sickness than younger adults.
Age classification varied between countries and over time, reflecting in many instances the social class differences or functional ability related to the workforce, but more often than not was a reflection of the current political and economic situation. Many times the definition is linked to the retirement age, which in some instances, was lower for women than men. This transition in livelihood became the basis for the definition of old age which occurred between the ages of 45 and 55 years for women and between the ages of 55 and 75 years for men. (Thane, 1978)
﻿Old age facts﻿
3. By age 75, about 1 in 3 men and 1 in 2 women don't get ANY physical activity. You can keep seniors fit by hosting a dance class at your local senior center!

As your body ages, you can expect gradual changes, at your body's own pace. How your body ages depends in part on your family (genetic) patterns of aging. But your lifestyle choices have a more powerful impact on how well your body ages. Fortunately, you can control your lifestyle choices.
With age, the skin becomes less elastic and more lined and wrinkled. Fingernail growth also slows. The oil glands gradually produce less oil, making the skin drier than before. You can slow skin aging by using moisturizer and protecting the skin from the sun with sunscreen and sun-protective clothing, such as a hat or cap.
It's normal for hair to gradually thin on the scalp, pubic area, and armpits. As hair pigment cells decline in number, gray hair growth increases.
Over time, changes in the ear make high-frequency sounds harder to hear and changes in tone and speech less clear. These changes tend to speed up after age 55.

Changes in sleep and circadian rhythm occur as you age. You will probably sleep less at night, and you may not sleep as deeply as you did when you were younger.

By age 80, it's common to have lost as much as 2 in. in height. This is often related to normal changes in posture and compression of joints, spinal bones, and spinal discs.

About half of older adults suffer multimorbidity, that is, they have three or more chronic conditions. Medical advances have made it possible to “postpone death,” but in many cases this postponement adds “prolonged sickness, dependence, pain, and suffering,” a time that is costly in social, psychological, economic terms.
The study of Older Adults' Views on Death found that the more frail people were, the more “pain, suffering, and struggles” they were enduring, the more likely they were to “accept and welcome” death as a release from their misery. Their fear about the process of dying was that it would prolong their distress. Besides being a release from misery, some saw death as a way to reunion with departed loved ones. Others saw death as a way to free their caretakers from the burden of their care.